Durga Puja – When Rama Invoked The Goddess of Power

A faint fragrance of the flowers lingers in the autumn air. The dryness in the air is perceptible, along with the visual shortening of the days it encompasses. For Bengalis the world over, it is that time of the year again, when they make merry and celebrate the homecoming of Goddess Durga, to her father Himalaya’s home.

Durga Puja is celebrated in West Bengal in the month of Ashwin/Kartika (corresponding to September/October in the Gregorian calendar), a time when the whole of India is celebrating Dussehra. The festival starts on the sixth day of the waning moon in Ashwin and ends on the tenth day of the same month. [Dussehra as a term doesn’t exist in the land of Bengal and henceforth we’ll be referring to the period of ten days collectively as Durga Puja] 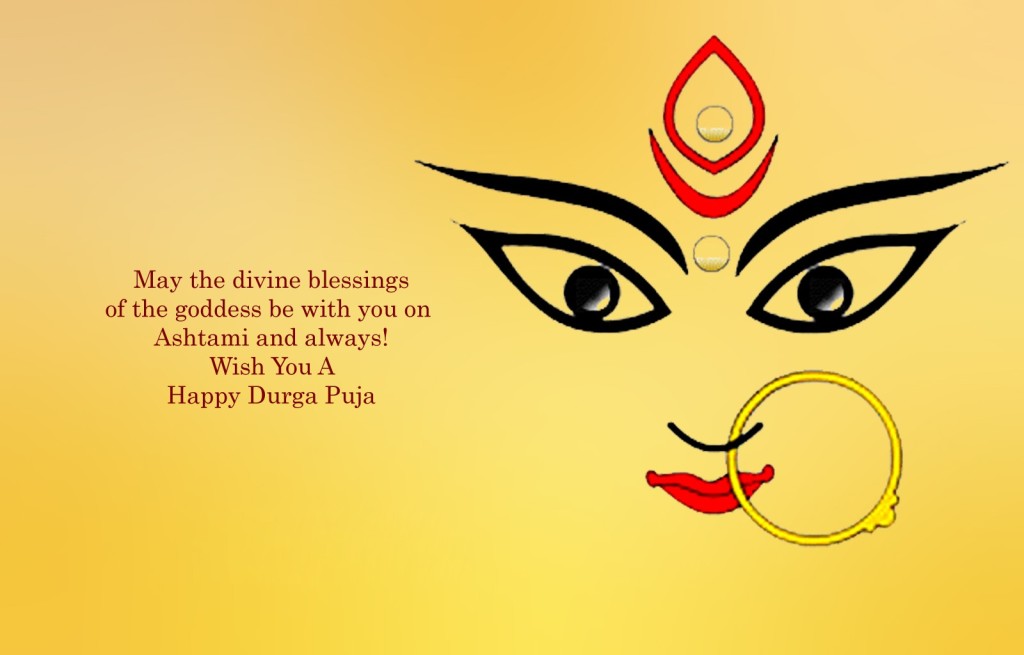 Durga Puja is celebrated in the Eastern part of India exactly when the other part celebrates Dussehra. However the rituals are a little different and the pomp and splendor is limited to the latter five days of the period. Unlike the ending of Dussehra which marks the day when Raavan was defeated and killed by Lord Ram, Durga Puja ends with the victory of Maa Durga over Mahishasur after nine days of a continuous battle.

According to the Hindu mythology, Mahishasur, the King of the Asurs(demons) was defeating the Gods one by one. He had, bestowed on him, a boon which did not allow any male, howsoever powerful to defeat him. In the end he was also successful in defeating Indra, the apparent King of the Gods. So the Gods prayed to Brahma, Vishnu and Shiva (the holy trinity) to help them defeat the evil Mahisasur.

All the Gods united their respective energies to create Shakti. This Shakti took the form of a female power, Maa Durga. Durga fought a raging battle against Mahishasur, which went on for nine days. On the tenth and last day, the demon was successfully killed. This day is marked as the Vijayadashami. 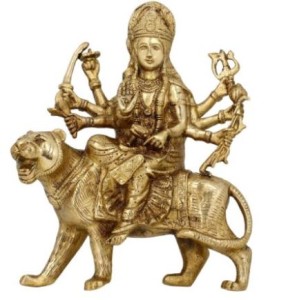 In the Krittibas Ramayana, Rama invokes the goddess Durga battling Ravana. Although she was traditionally worshipped in the spring, due to contingencies of battle, Rama had to invoke her in the autumn. Durga is hounoured with extreme vail and glamour in Bengal. There Durgotsav is celebrate during the month of September or October. It also marks the arrival of autumn. This festival is also called Akal Bodhon which translates to untimely worship In the modern age, it is this Rama’s date for the puja that has gained ascendancy.

Durga Puja is a quintessential part of the Bengali culture. It is the largest festival of the year for the Bengali Hindus. In the months leading upto Durga Puja, highly decorated life-sized idols of the deity depicting the slaying of Mahishasur are created out of clay by numerous skilled artisans.

In large open areas called pandals are created to house the idols. The idols are worshiped for five days then are carried away in processions to be immersed in the river water which signifies the reunion of Durga with her husband Shiva. Over the course of five days, the devotees try to attain bodily purity by refraining from alcohol and meat or other such activities.

The end of the Puja also marks the starting of other festivals like Diwali. According to Hindu scriptures these time is the ideal time to start something new like a business.

To say that VijayaDashmi (or Dussehra in Bengal) is the most important festival in Bengal, is an understatement. There is no greater period of importance for Bengalis during the whole year and they celebrate with clothes and other dussehra gifts. For a period of four – five days almost every Bengali family, dresses up in brand new clothes and goes out to see the ‘pandals'(temporary structures in which the Goddess in venerated). Even though it’s a Hindu festival, people from all religions and every walk of life huddle in to enjoy the festivities.

Kolkata alone showcases around 2000 pandals, all vying for the attention of the population. Bengalis from all over the world come back home, and in the streets the traffic literally comes to a standstill. Dussehra in Kolkata (Durga Puja) is often referred to as the Rio Carnival of the Eastern Hemisphere. 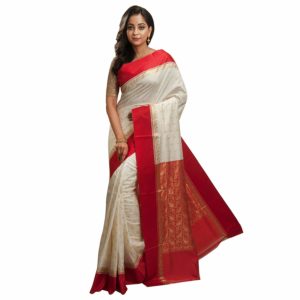 A look at the history of Durga Puja will provide references from way back to the middle ages. But the present form evolved after the Zamindars(Landlords during the British period) took notice of this festival and started celebrating it in a grand fashion. Later, it morphed into impressing the British Rulers and Viceroys.

It was performed by the well to do families of Zamindars. They had a competition as to who had the best food or the decorations for the entertainment. Around the Twentieth century, people and communities in the Kumartuli neighbourhood started worshipping this Goddess.

This helped in spreading the festivities. And around the beginning of the twenty first century these neighbourhoods and communities started decorating the particular pandal with a fixed ‘theme’.

Gradually, this developed into a fierce competition between the communities and neighbourhoods. These very events led to the present scenario of Durga Puja in Bengal as it is seen today. The competition though has yielded astonishing results. Each year artists create the design of the pandals, thus turning Kolkata into the world’s largest open air art installation galley. 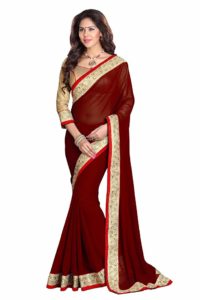 Today any Bengali’s celebrations start from the day of Mahalaya by listening to the ‘Chandipaath’ on radio. Gifts are exchanged in huge quantities during the period. People also visit different pandals to see the varying and also mind-boggling decorations. On the Vijayadashami women before bidding adieu to Durga involve themselves in ‘SindoorKhela’ or playing a sort of Holi but only with sindoor. The people all throughout West EBngal take earthen lamps and burn coconut husks in them to perform the traditional ‘dhunuchi naach’. 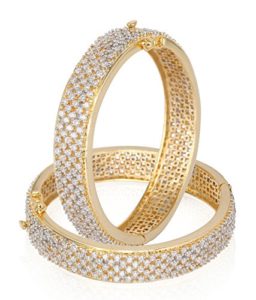 This festival stays true to its purpose. It unites people from various castes, creeds, socioeconomic backgrounds and also religions. It defeats the evil of caste and religion discrimination, invokes wellness and well-being. It is truly the victory of the Good over Evil.