Starting from the day of Shukla Chaturthi Lord Ganesh is worshipped ardently for ten days till Anant Chaturdashi. Almost everywhere in India, clay images of Ganesh are worshipped and on the last day of the Puja, the clay idol is immersed in nearby waterbodies. This act of immersion of the idols into lakes or seas is called Visarjan.

In some places in India, it is has become a custom to install the clay images inside the home so that Lord Ganesh or the common man’s Ganapati Bappa can bestow His blessings to the devotees year round. 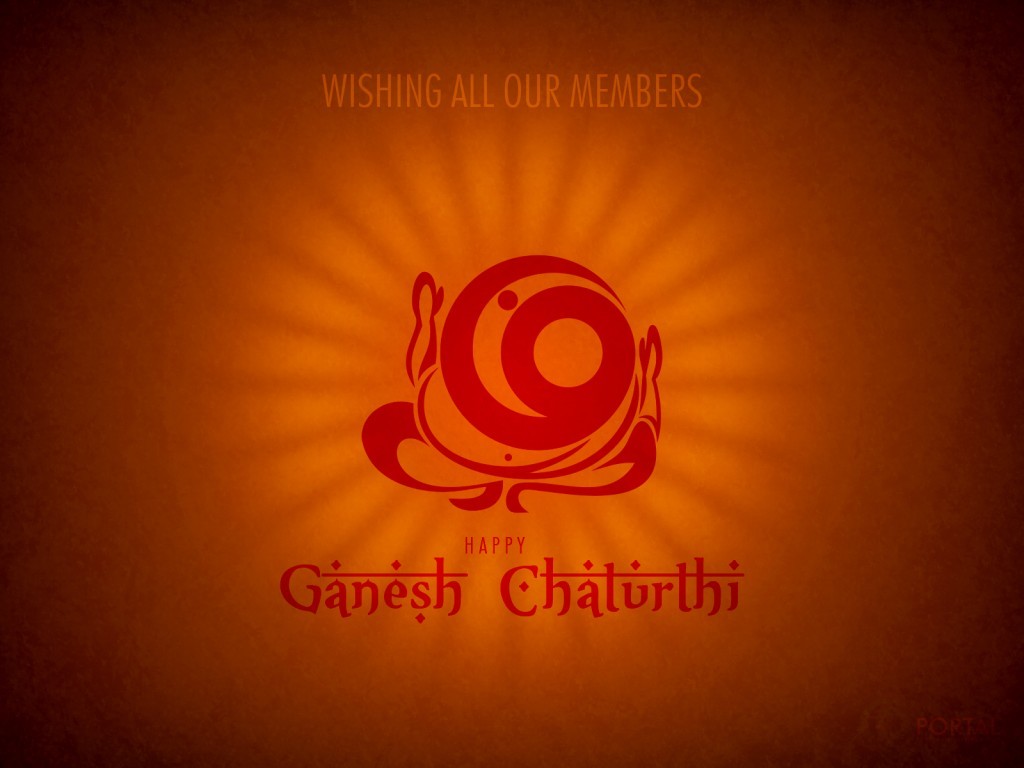 While Ganesh Chaturthi has been celebrated in since the ages of Shivaji, the festival had been publicized by Bhausaheb Laxman Javale followed by Lokmanya Tilak. Formerly known as Ganesh Utsav, the legend of Ganesh Chaturthi however has a very interesting origin.

According to old scriptures and myths, Lord Shiva once asked His sons, Kartik and Ganesh, to circumambulate the Universe and whoever does it first shall be rewarded by Him and Parvati. While Kartik started his journey on his peacock instantly, Ganesh, being the witty of the two, revolved around his parents and said that his parents meant the Universe to him.

Lord Shiva was greatly pleased with this loving act of Ganesh and rewarded him by proclaiming that he would be the first of the Lords to be worshipped on earth and thus the festival of Ganesh Chaturthi commenced.

It is also surprising that foreign countries that have Indian citizens in mass also experience the magic of Ganesh Chaturthi. Countries that fall in this list include US, Canada and many more. Let’s see how different states within the country celebrate Ganesh Puja. 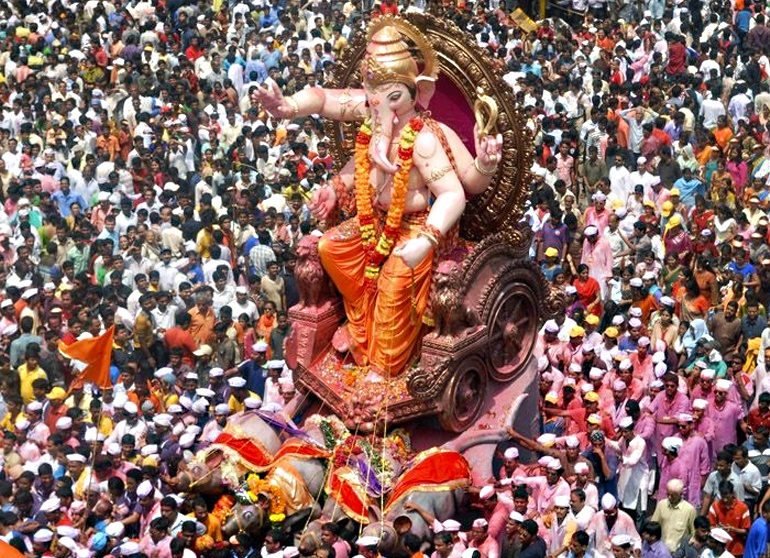 Nowhere in the world is Ganesh Chaturthi celebrated like it is done in Maharashtra. It can truly be called the mother place of the festival as the people of the state truly experience the magnificence of Ganesh Puja celebrations.

Being celebrated both personally and publicly, Ganesh Chaturthi commences with the installation of the clay idols in beautifully decorated temporary structures called pandals. A priest is appointed to chants the holy texts and mantras to instil heavenly energy into the idols which signifies that Lord Ganesh Himself takes control of these idols in order to reach to his devotees. As Lord Ganesh is fond of sweets and desserts, His favourite Modak along with coconut and jiggery are served to Him.

Similarly like Maharashtra, Ganesh Chaturthi which is locally known as Vinayakha Chaturthi is celebrated with enough majesty. The temples become extremely crowded by people who come to seek the blessings of the Lord by breaking coconuts infront of the Almighty. In Kerala, the idols of Lord Ganesh are bathed with milk and are immersed in waterbodies on the final day of the Puja. However Kerala controls the pollution caused by the act of immersion by constructing the idols out of organic materials. 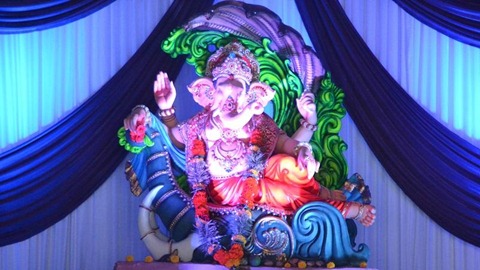 In Karnataka, Ganesh Chaturthi is celebrated similarly like Kerala but the span for which Lord Ganesh is worshipped varies. Here the idols are worshipped for the common 10 days or even for a span of 21 days. The pandals or mandaps are beautifully decorated and here too, the Puja celebrations end with Visarjan.

Locally known as Pillayar Chaturthi, the festival commences on the fourth day of the Tamil month of Aavani and celebrated till the following Sunday after which the clay idols are immersed in the Bay of Bengal. In Chennai, Ganesh Chaturthi has grabbed the place of one of the most important and major festivals of the state. Lord Ganesh is offered Modaks, Laddoos and other sweets similarly like it is done in Maharashtra.

Ganesh Chaturthi is celebrated in many other places too like Telangana and Goa with equal splendour. While celebrating the entire festival by staying with the family is a must, it has also become a custom to exchange gifts with different members of the family.

This act not only strengthens the bond between them but also intensifies the love and affection they have for each other. However buying perfect Ganesh Chaturthi gifts can be confusing, we have come up with three unique Ganesh Chaturthi gift suggestions that your dear ones would surely love to have. 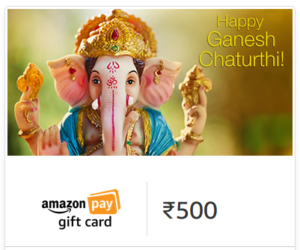 Imagine that you don’t have to buy anything personally for your loved ones but at the same time would receive all the love you expected to have. Yes, it isn’t something impossible as with the power of personalized gift cards you can now hand over the power of selection to the person concerned. Too add to your delight, a whole new range of specially designed Ganesh Chaturthi gift cards are available this season.

You can add a personalized message, choose from a number of cover images to add to the cards and finally enter the desired amount. Once you are done with the purchase, the gift card will be automatically sent to the recipient’s e-mail id that you had entered previously. What more can you expect from a commodity that is completely virtual yet has the power of buying anything real. Have a look at the Happy Ganesh Chaturthi E-mail Amazon.in Gift Card. 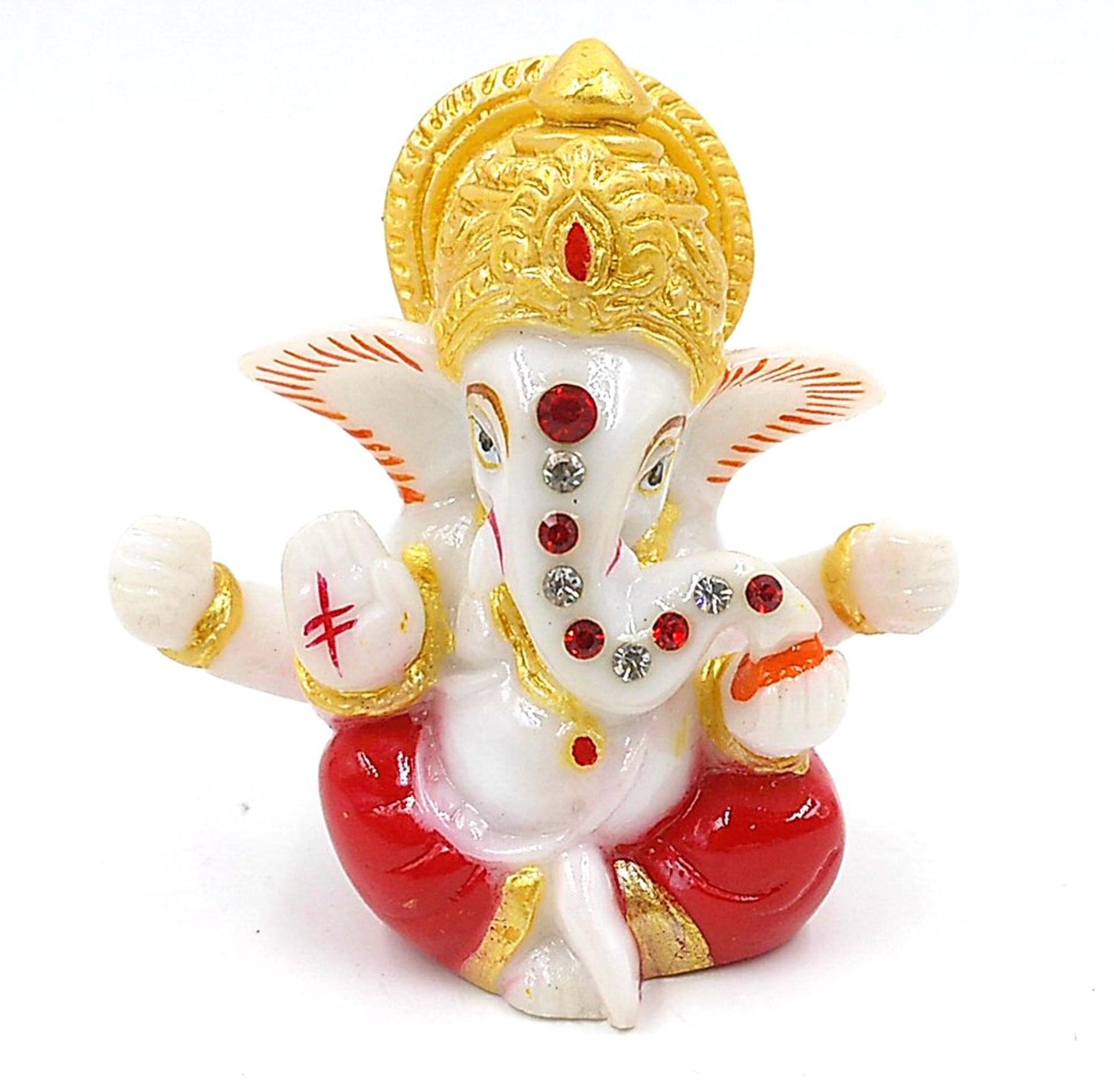 It is believed that a house becomes even more prosperous when Lord Ganesh resides inside. Considered as perhaps the best Ganesh Chaturthi gifts, an idol of Lord Ganesh as a gift would not only make the person extremely contended but would also bring happiness and prosperity to him/her. Lord Ganesh is known to bestow blessings on his devotees and is considered extremely lucky for anyone who believes in his presence and power. A small idol would thus be a powerful yet elegant gift for anyone in your family irrespective of age or gender. You may consider Orange and Silver Ganesha for the very purpose of gifting this Ganesh Chaturthi. 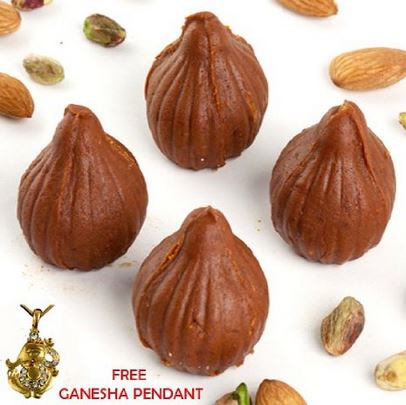 The primary sweet offered to Lord Ganesh is a specially made moulded sweet called Modak. Nothing would be more appropriate as Ganesh Chaturthi gift ideas than a pack of flavoured Modaks. India is a country where festivals are incomplete without sweets and hence a specially assorted pack of Modak would be great thing to gift your friends and relatives. Anyone irrespective of age would love to have these special sweets on the occasion of Ganesh Chaturthi.

A large range of different flavoured Modaks are available but we recommend the Chocolate Modaks for two main reasons. First of all this pack contains premium Modaks best suited for Ganesh Chaturthi and secondly chocolate is the most accepted flavour of all. Gift the Ghasitaram’s Chocolate Mawa Modak 400 gms to your near and dear ones and expect blessings, love and obviously huge hugs from their ends. Celebrate the magic of Ganesh Chaturthi in the best possible way you can.