Rakhi Purnima – A Sacred Day For Brothers and Sisters

One festival in India that stands out due to its sheer message is the Rakhi Purnima. As everyone knows this a sacred day for brothers and sisters – the day reminding them about the love and duty between them.

Though this is a festival that was originally to strengthen the bond between the brother and sister, it has gained a wider scope wherein any female can tie a rakhi to a man considering him as her brother.

This festival of brothers and sisters is celebrated on the full moon day also known as Purnima day of Shravana month of Hindu calendar. On this auspicious day sister ties a pious and soft string (Rakhi thread) on her brother’s wrist.

Hence the name Rakhi Purnima, the full moon day on which a sister ties Rakhi on her brother’s wrist. 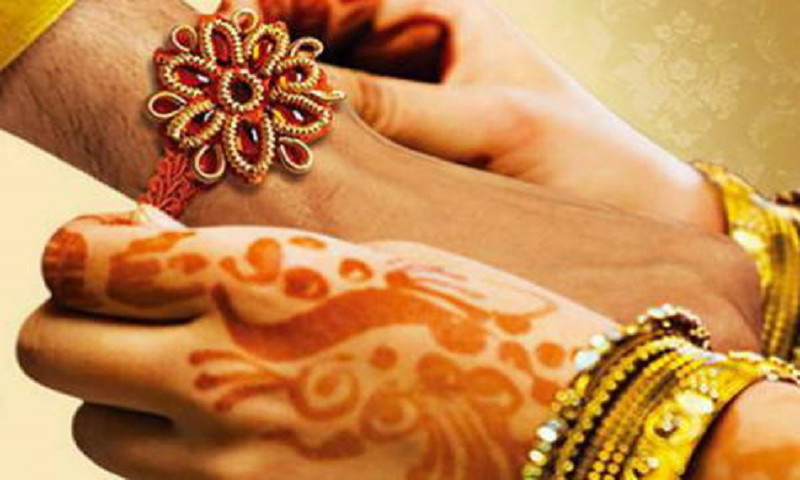 The fragile and soft band symbolizes the devoted and tender relationship between the brother and sister. Sister in turn prays for the well-being and “long-life” of her brother.

From a broader perspective we can say that Rakhi Purnima is the celebration of brotherhood. The siblings get a feeling and excitement about the fact that they share a bond that is sacred and eternal.

The Rakhi string or thread is the ideal way of saying this to each other – “we will be there for each other forever”.

There are stories in the history narrating the wives of the soldiers tying Rakhi for the protection of their husbands. In the Purana it is said that this practice started when Indrani (Wife of Indra Dev) tied a talisman around his wrist (On Shravan Purnima) before going for war.

All this makes this event sacred and pious. Now the importance of this celebration has increased to an extent that sisters send Rakhis even if they are not able to tie it themselves on their brother’s wrist. 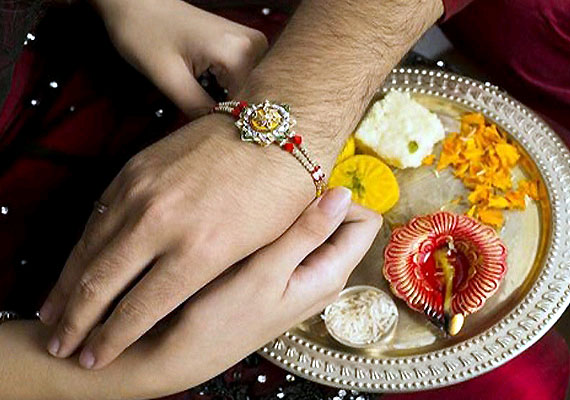 The rituals include the pooja, tilak and tying Rakhi. After the prayer sister applies the ‘tilak’ on her brother’s forehead (between the eyebrows) reminding him about his soul.

The rakhi is made of red and saffron-colored (The color reminding about the purity) thread around his wrist as the reminder of his soul’s purity. This is the motivation by the sister to her brother to abandon the vices ego, lust, anger, greed and attachment to keep his soul pure.

Even though this is a festival of brother and sister, this can be celebrated among friends and other people in the society to keep up the social harmony. These days, Rakhi is not celebrated only by Hindus but also by people who understand the real meaning of this festival.