Raksha Bandhan or Rakhi Purnima as it is called in some parts of India is a festival that celebrates the love and duty (of safety and security) between brothers and sisters.

Though traditionally it has been a festival of the Hindu and Jain communities, it is celebrated by almost everybody and beyond the barrier or blood-related brothers and sisters.

Festivals are a symbol of tradition and culture significance and quite often there are contemporary design elements that seep into the celebration practice and the rakhi also has its own modern form of celebration. Conventional or contemporary – the message remains the same. 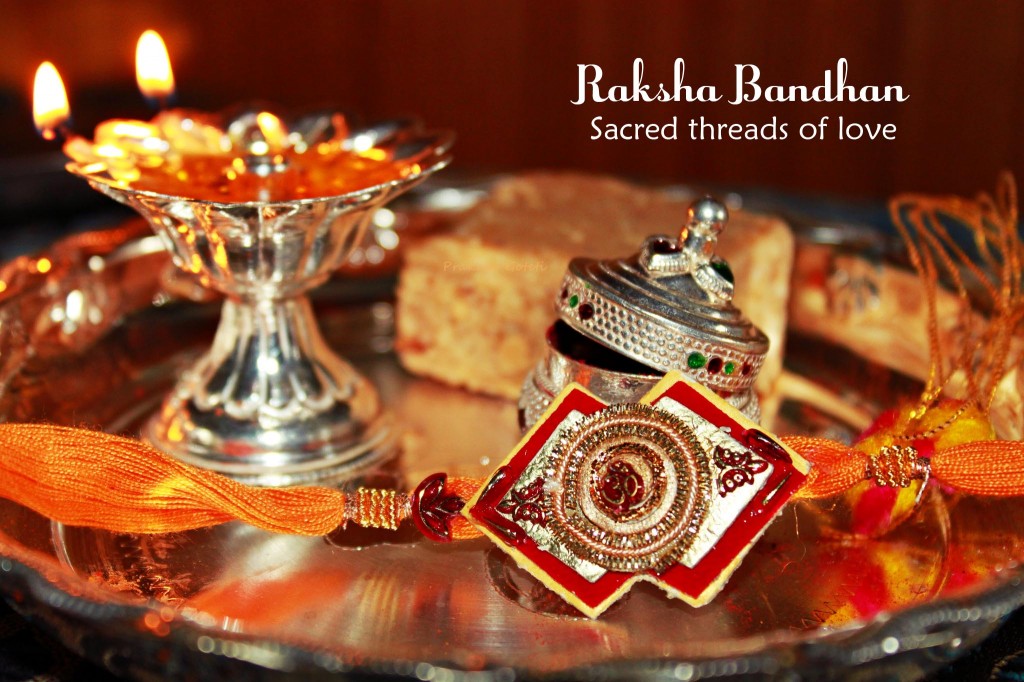 The conventional method used to be wherein a sister ties a rakhi thread to her brother’s (or someone whom she considers as a brother) wrist.

The traditional rakhi threads were mostly homemade, crafted with love and special care. It brought out the individual theme of the sister’s thought into the string.

Often the planning and preparation took days with the sister using things that are at her disposal to get that perfect looking rakhi for her beloved brother.

Later on, the same traditional hand-made rakhi threads were available at shops with many fancy additions to it. Though it was bought from a store, it had some manual labor involved in building the rakhi. 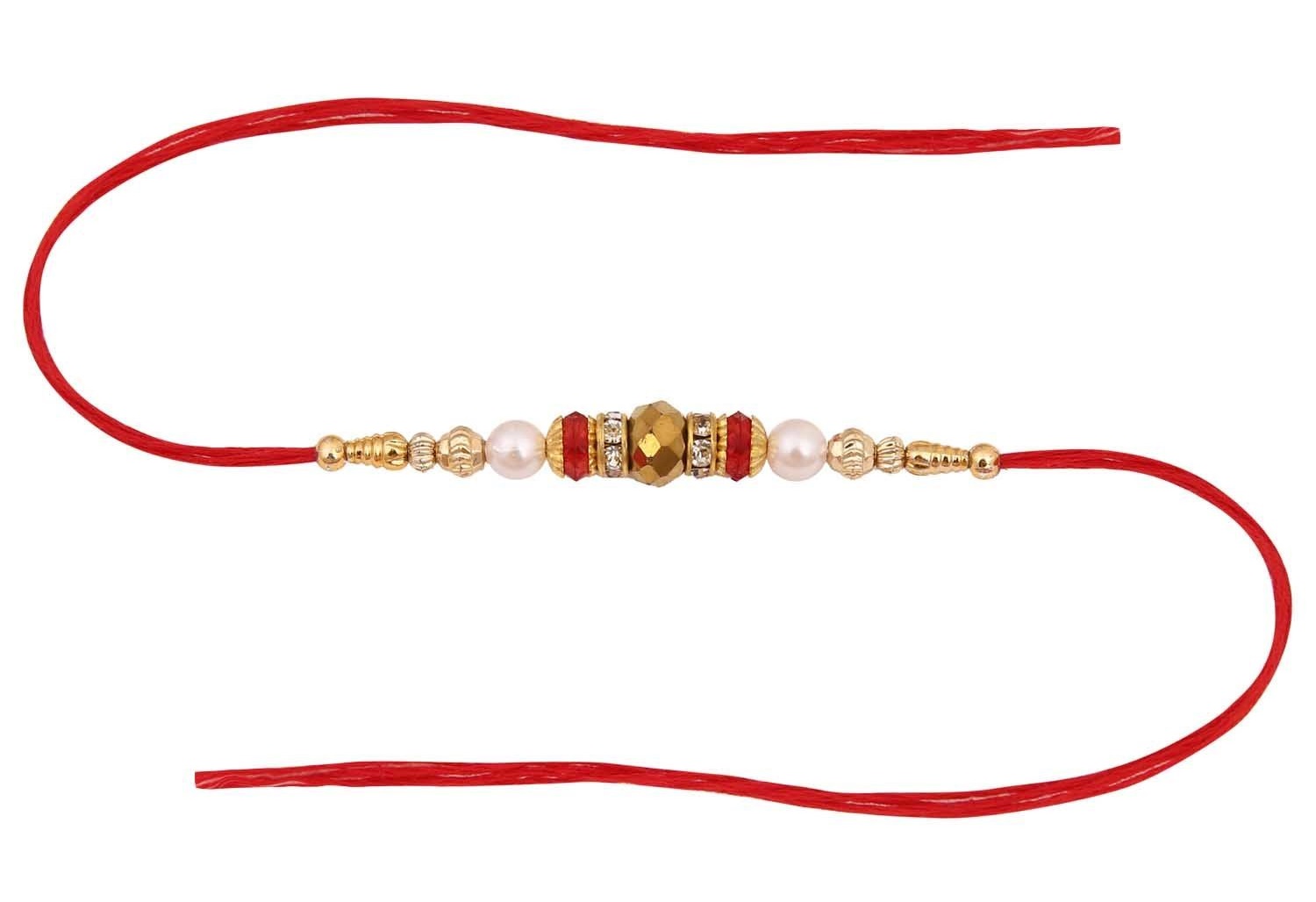 For once let us take a look at the best looking Rakhi threads first and then wade into the rakhi bracelets. I am sure there are lots to choose from.

Some are very simple with one pearl and some rings to make it classier beaded into Red color string. You will also get to buy combos if you have 2 brothers it can also be used by two brothers to symbolize their love for each other. 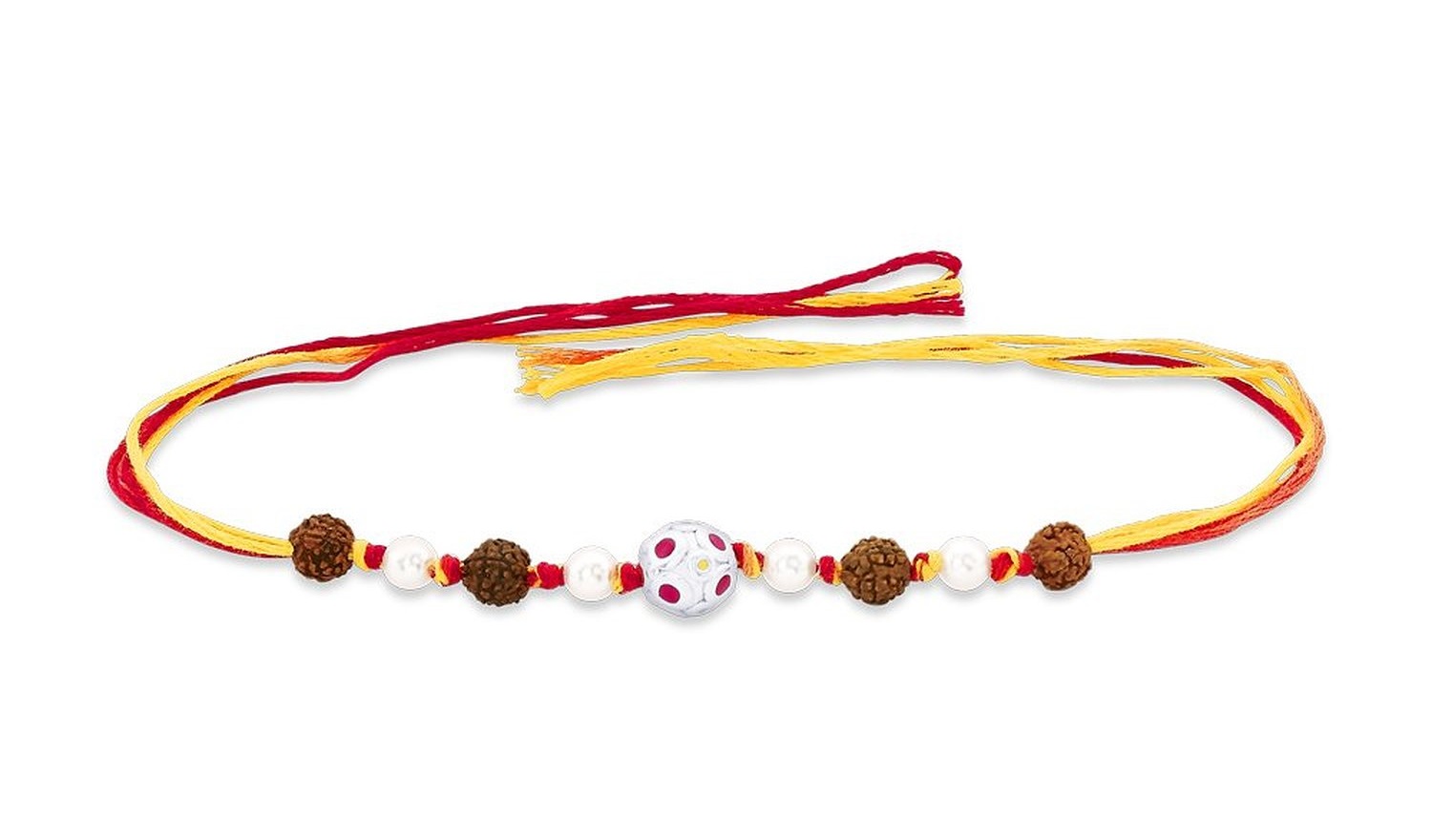 If you want to become more trendy while tying the traditional Rakhi. This pack contains blue color thread with blue crystal and a complimentarypack of Chawal (rice), Chandan,Roli, and Mishri. If you want to gift a Rakhi that is made of silver.

This silver Rakhi has 4 Rudraksha along with the crystals and is very beautiful. The last in my list is a complete package for the Raksha Bandhan. Made on a multi-colored thread, this Rakhi is real ethnic in design. 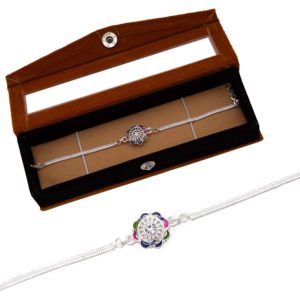 The modern version replaces the rakhi thread with rakhi bracelet. The Rakhi bracelet, are often mass produced, sometimes with the help of machines.

They are trendy of course, but lack the individual flair often found in traditional Rakhis. Nonetheless, each kind has its own significance.

Once you look into the models that I am going to discuss in Rakhi Bracelets, you will understand that most of them are not handmade and is not beaded to a thread.

see a simple yet beautiful Rakhi bracelet which contains a white pearl stuck onto a flower as center piece.

The bracelet has adopted the pattern of gold bracelets and is made of me of kumkum and rice along with Rakhi.

Next is a handmade Rakhi bracelet with the Roli and rice for the tilak. This Rakhi is attached to a red thread to remind about the traditional Rakhi.

The next is one diamond bracelet which is very modern and beautiful. There is a card with quote around which each Rakhi is attached.

The last in my list is stunning looking bracelet with color glass stone. The Rakhi contains green stone; however you will get different colour stones in this model. 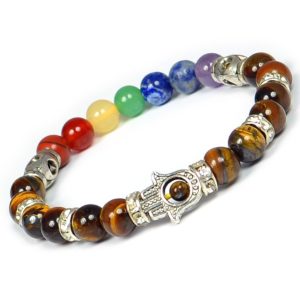 So, we have seen some of the best rakhi thread models and bracelets. So choose one to make this Raksha Bandhan a memorable one.